Susan Jones graduated from Lucastown Community College. Following her graduation, she started a career as a medical coder at Mason County Medical Center. She passed the Registered Health Information Technician (RHIT) exam, and two years later was promoted to night supervisor of the Health Information Management (HIM) department. Six months later, she met Tommy Jones, and they were married. For two years Susan continued as the night supervisor, until Tommy was transferred to another state. Susan resigned her position and relocated with Tommy and their one year old daughter, Annie. 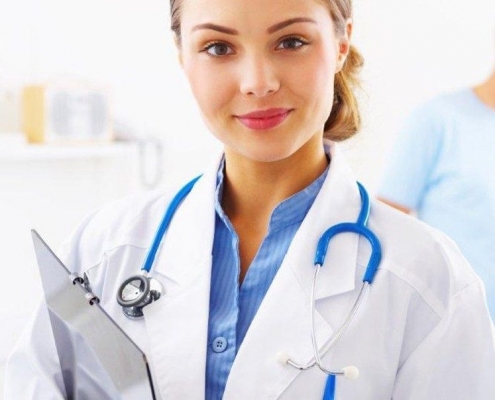 Susan had no trouble finding a new job as Lead Coder at River City Hospital. Susan continued to grow professionally. She was quickly promoted to Assistant Director of the HIM department. During this time period there were many changes occurring in the field of HIM, but Susan attended workshops, seminars, and conferences to ensure that she remained current. During this very busy time in her life (a new baby boy, Andy, and her ever changing career), Susan failed to keep up her credentials through AHIMA. She checked to see what she needed to do to get her credentials reinstated, but at the time, this task was not a top priority in her life.

Again, Tommy was transferred. Luckily, Susan had a former classmate, Michael Mudd, who was the HIM Director at Quinbery General Hospital, which was only twenty minutes from their home. Michael was looking for a Coding Manager, so he hired Susan, no questions asked. The thought of verifying Susan s credentials did not even cross his mind, since he knew that she had been working in the HIM field for many years and had attended many of the same workshops, seminars, and conferences as he had.

During a Joint Commission survey, the issue of Susan s lapsed credentials surfaced, but since they were not required for her positions, it was not addressed as an urgent issue.During this time period, Tommy and Susan divorced. Susan took on more job responsibilities to help provide for herself and her two children. She began teaching a class at Happy Valley Community College. Brandy Thomas, another of Susan s classmates, was the director at the CAHIIM accredited institution. Brandy hired Susan, whose resume indicated she held the Registered Health Information Technician (RHIT) credential.

The next semester, Happy Valley Community College was having an accreditation visit from CAHIIM. The surveyors were very pleased with the college, the curriculum, and the faculty. However, they did have one concern. Their records showed that Susan did not have current HIM credentials and that she would no longer be eligible to teach in the program, until she successfully had her credentials reinstated by AHIMA.

1. Communication: Define the problem in your own words.

2. Analysis: Compare and contrast the available solutions within the case study.

3. Problem Solving: Select one of the available solutions and defend it as your chosen solution.

4. Evaluation: Identify the weaknesses of your chosen solution.

6. Reflection: Reflect on your own thought process after completing the assignment.